The remainder of our time at Londolozi continued to awe and amaze. We were treated to sightings of two lion prides, two more leopards, countless antelope of varying types, rhino, hippo, buffalo, giraffe, birds galore and even some reptiles. The food and service were equally amazing. I will really miss those breakfasts! I particularly enjoyed the huge variety of birds. It was such a luxury to have a guide to point them out, describe their habits, and one who knew all the names and calls so well. Some of my favorites include the Lilac-breasted roller, the Goliath heron– largest in the world, and the various eagles. After the storms of the night before, the bush seemed refreshed, clean, and sparkly. It really is beautiful to be out just after sunrise to see everything just waking up. And a little bit of rain immediately makes everything spring to life. As the summer rains are about to start up in earnest, soon the bush will be lush and green with new growth everywhere. The weather improved and we had some sunshine mixed with clouds. In general it has been much cooler here than I expected. It's preferable to being scorching hot, but I never expected to be chilly! Still, the clothing I brought seems to have worked out just fine.

Kate and Life in the morning- see where he sits? 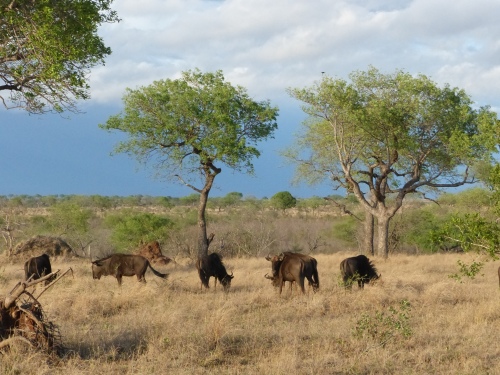 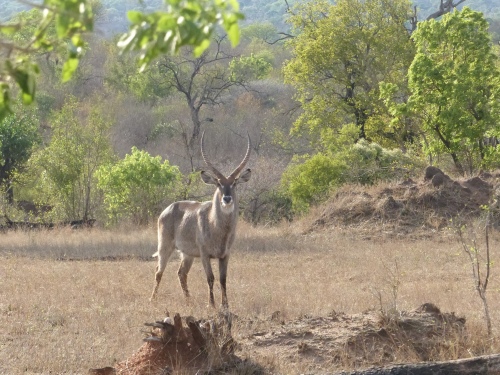 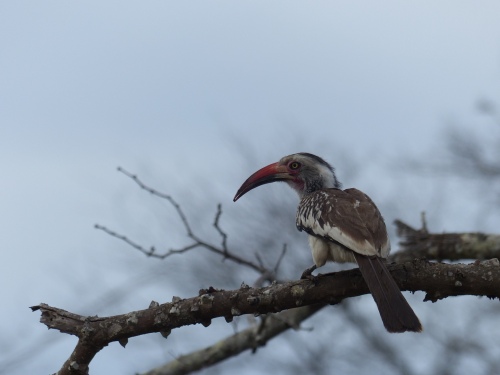 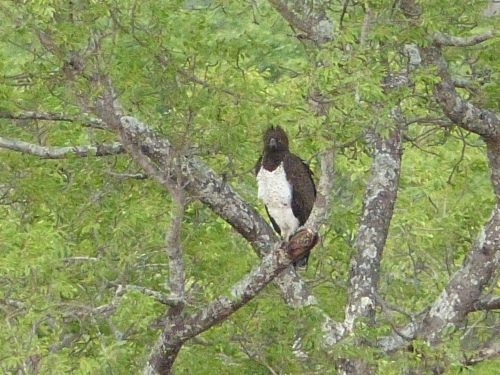 The first lions we saw were from the Sparta pride. Quite a lot of time was spent tracking them down, narrowing down their location by searching for tracks along the roads, and eventually searching on foot in the bush. We knew they were close by but still hadn't found them when, along came a Land Rover full of Tracker trainees. The Tracker training program at Londolozi is quite well known and very comprehensive. It is led by a man named Rennius about whom we'd heard from Kate. She had called in The A-Team as they called themselves! Life went off with them into the bush and we drove off to find a suitable spot for tea and rusks. Not three minutes down the road we got the call the lions had been found! Life and Kate had tracked them to right under our noses it seemed. We turned around and raced back, bid adieu to the A-Team, and drove into the bush to see our first lions. We found 4 or 5 lionesses and one young male. You could see his mane was not fully developed but he looked distinctly different from the females. They were doing what lions do most of the time– lying around napping. It was a bit hard to photograph them through the tall grass but you get the idea. 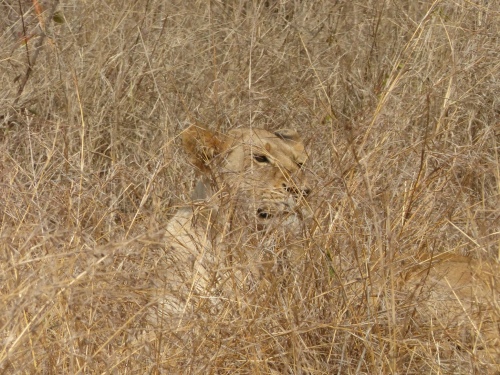 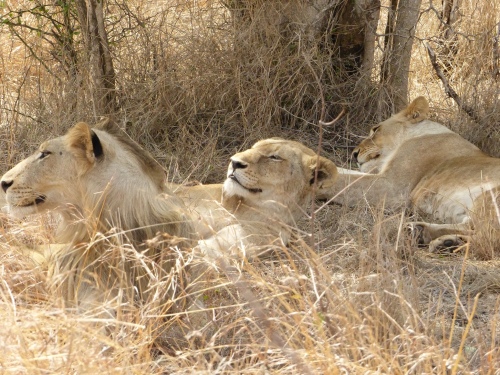